June 13, 2007
While at WB working on Mucha Lucha, I was priveledged enough to meet the talented crew and find out more about the process of Flash for TV animation. As Mucha was ending, many in the crew were moving over to Disney. I tested for a background design spot and was lucky enough to get it. Check out the awesome crew over there! 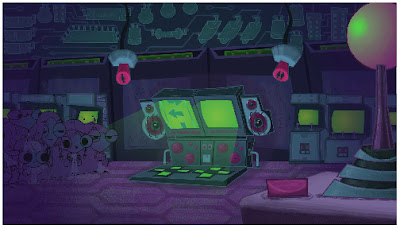 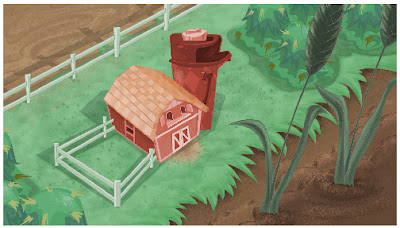 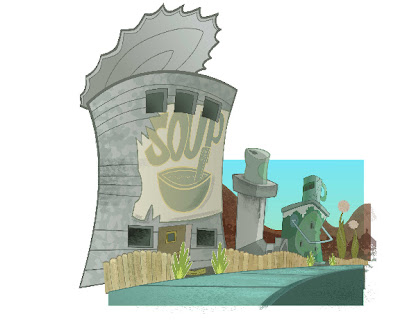 What isn't listed on the IMDB page was that Roman Laney supervised the bg department, and Katrien Verbiest was the core. Dave Wasson directed and gave us a lot of creative control which helped us spread our design wings. With a little outside help, we designed, inked, and painted backgrounds and props for a whole season. Pretty impressive. Roman, always the innovator, incorporated a lot of texture into the designs, which hadn't really been done with Flash based design before. By simply "sponging" in symbolized vector textures, or, later, by adding a Photoshop layer of paint, a painterly sense of depth came out of the cartoony colored shots. A lot of fun, and a lot of work.

paige said…
Very impressive work here and on the post just below. Of course, there are equally compelling items on down the page but...well, I'm just saying. And besides, I already commented on those. Sheesh!
8:39 PM 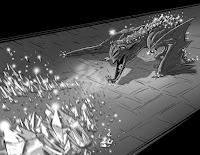 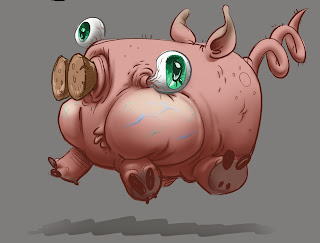 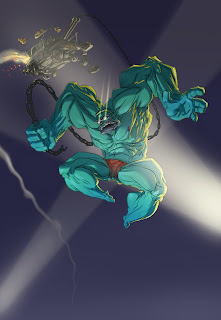